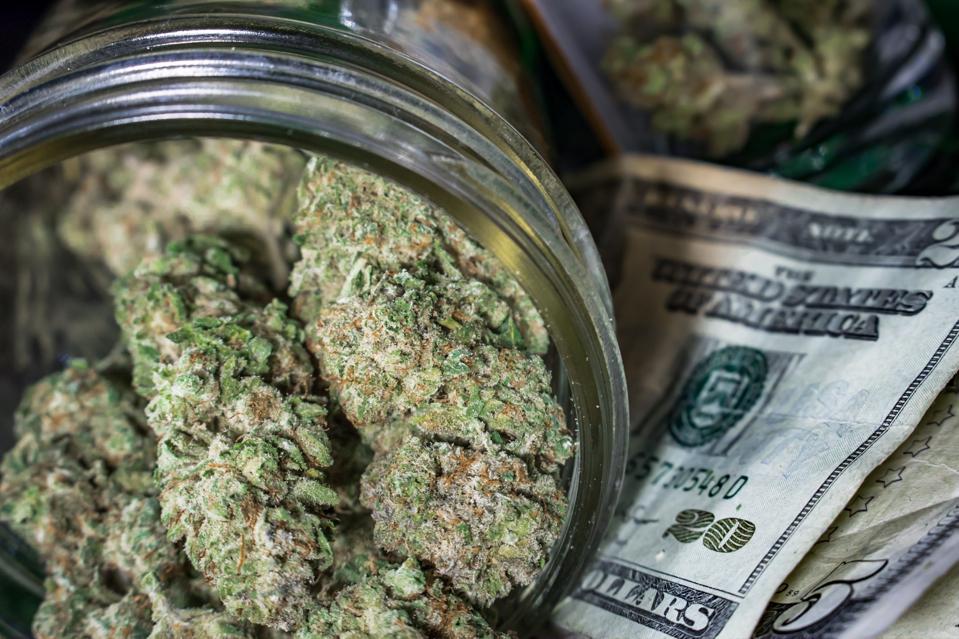 The falling price of legal marijuana is shaking up the dynamics of the marketplace.

“Wholesale marijuana prices declined in 2016 from $2,500 to $1,000 per pound, with some dispensaries offering recreational ounces as low as $65 on CannaSaver.com,” said Brian Shapiro, Chief Executive Officer of CannaSaver. Shapiro said that grow houses flooded the market with cheap marijuana and subsequently drove prices down. Only concentrated cannabis products like oils remained fairly unchanged in pricing.

In Washington state, flower prices plunged from $25 a gram in August of 2015 to approximately $6 currently. In Colorado, the price fell from $8 a gram to just under $6 a gram. This equates to roughly $168 an ounce or $2,688 a pound. Cannabis Benchmarks reported that the average spot price for cannabis in the U.S. fell to $1,486 in December. So far in 2017, overall cannabis prices have risen for the past three weeks, but it is still on average only $1,641 per pound.

Douglas Brown of Contact High Communications said that it wasn't existing cultivators that tipped the market, but rather new and large entrants to the growing side. “At some point — and we are probably there now — flower becomes a commodity, like soybeans or corn. And then only the biggest players make any money selling it. Margins are thin, but they grow a lot of flower,” he said. Brown pointed to what he called “enormous” grows in Pueblo, CO.

Carter Laren, cofounder of the cannabis incubator group Gateway, said, “When marijuana sells for $750 a pound it starts to become difficult to make a profit. When it gets somewhere below $500 a pound, it becomes impossible.” He believes that growers will turn to agricultural technology in order to drive down the cost of producing a pound of marijuana. The only options are cutting costs or cutting back on production. The industry will have to be abundantly cautious about trying to increase consumption.

Growing marijuana today isn't as simple as throwing some seeds into the ground. It's an endeavor that costs millions. Modern grow facilities employ expensive technology to control lights and water. Employees must tag and track the product from seed to sale and owners are usually forced to buy their buildings outright as some landlords don't like cannabis in their buildings and banks won't finance mortgages for the end-use.

As in any economy, it's the law of supply and demand. Right now, there is too much supply of marijuana for the demand. Jennifer Beck, co-founder of Cannabase, Colorado's leading wholesale marketplace said, “Although the consumer is growing - we still see marijuana sales breaking new records. Falling prices and oversupply (including massive congestion in the wholesale space) suggest that sales are not growing nearly as quickly as production.” Beck said there is no end in sight for the amount of cultivation that is occurring and that it's hard to know when the market will be able find equilibrium.

If, as Douglas Brown suggests, marijuana has become a commodity, then growers will have to make their product unique or special in order to stand out if they want to protect their investments. That explains the rush to align with celebrities for branded product lines. This helps the dispensaries who are learning that stocking bulk marijuana is like selling private label groceries. It doesn't pay. If it isn't Snoop's Leaf or Willies Reserve, then customers may be willing to spend more for something organic and pesticide-free.

Panic isn't setting into the marijuana market just yet because while customers may be pulling back from smoking marijuana or buying the flower, the demand is increasing for edibles and concentrates that can be used in various vaping tools. These products set relatively stable prices and the makers can actually benefit from cheaper prices.

Dan Anglin, President of AmeriCanna, said he can't grow enough marijuana to keep up with the demand for their edible gummies. He said “It’s a basic costs vs. consequences struggle. I’m spending 4-5x to grow cannabis vs. the wholesale rate for trim or bud, but it’s protecting my brand.” By protecting his brand, he means keeping the gummies free from pesticide-tainted marijuana. Anglin added, “I either need to expand and grow a lot more plants to bring the costs down, or take the gamble that cultivators selling cannabis in the wholesale market are pesticide free. The first option keeps my costs way too high, the second option could damage the confidence in our products if we were the victim of a recall.” AmeriCanna customers can rest assured the company cares about the products they ingest.

Roy Bingham of BDS Analytics said, "I think we will see more and more brands emerge, for everything from edibles to concentrates to flower, as flower prices decline. Margins should remain reliably healthy with brands, as bulk flower prices fluctuate."

Marijuana businesses and investors aren't the only parties worried about declining prices; states are concerned as well. Colorado bases its marijuana tax revenues on sales. If the price per sale falls, then tax revenue will also drop. Some states like Alaska have opted towards a volume-based tax system and charges $50 an ounce tax, which minimizes risk exposure to prices in the marketplace. California splits the difference and assesses both a sales tax and a tax on the growers.

One place where demand for marijuana hasn't slowed is in the black market. According to ArcView Research, 87% of marijuana sales (roughly $46 billion) occur in the illegal market. This makes the $6.9 billion in legal sales look like pocket change. So, the customers are there -- they just probably live in states where marijuana is illegal. So while some worry that falling prices means the market isn't as robust as they thought, the demand is there, however the legal product isn't.

Get 10% off your first purchase.

Sign up today and we'll send you a 10% discount code towards your first purchase. Some restrictions apply.