This summer, Todd Hagopian and Jason Spatafora told us that traditional Biotech companies are looking at Cannabis-based Biotech stocks as buyout candidates. Since then, the four stocks they recommended are up on average 20%, while the S&P 500 is up less than 2%. We welcome them again to discuss the election and the prospects for the Marijuana stock sector. 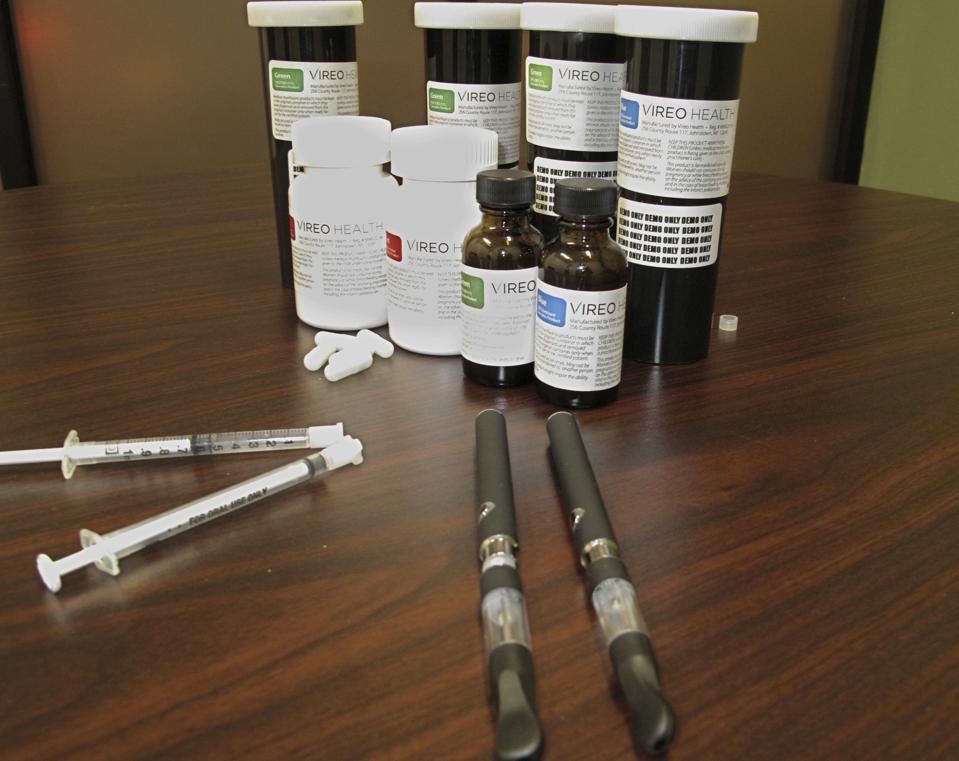 Todd started his Biotech fund at Marketocracy in March, 2011. His returns have averaged 24.94% since then, which compares nicely to the S&P 500’s 11.84% return over the same period. Over the last five and three year periods, he did better than the top U.S. Equity fund manager. Before taking anyone’s investment advice, you should always check out their track record. Here is Todd's.

Ken Kam: Todd, can you tell me a little bit about the stocks you recommended this summer, and how they have done?

Todd Hagopian: During a period of instability surrounding the election, while the S&P was barely up at all, this group of four recommendations has really performed well as a whole.  Here were the results:

Kam: Jason, welcome back to Forbes.  Tell me why you think these stocks have outperformed the market to such a great extent over the past several months?

Jason Spatafora: Well Kam, as we’ve stated before these are event driven equities and with the recent election with 8 of 9 states adopting some form of cannabis law it stands to reason that we are witnessing a paradigm shift. In our last piece we had mentioned how the biotech industry’s pain medications vs cannabis based drugs is the perfect “zero sum game” scenario.

Kam: Todd, how did you play these stocks in your fund, and what have the results been?

Hagopian: As I stated at the time, I had approximately 20% of my portfolio in Cannabis-based Biotech stocks. As GWPH and CARA rose in value, I recently locked in some profits, and rebalanced into INSY, who I still think has huge upside potential.  Regrettably, I never got into ZYNE, that one was all Jason’s call.

Overall, GWPH (in at $90.78/share average), CARA (in at $5.60/share), and INSY still make up 17% of my portfolio, the majority of which is now in INSY (in at $14.60/share), since it appears to represent the deepest value play at the moment. The investments in Cannabis-based Biotech stocks over the summer have really performed well.

Kam: Jason, tell me about the Marijuana Legislation results this election, and how it will affect this industry?

Spatafora: To put it simply, “Red” states and “Blue” states voting for either recreational marijuana or medical marijuana. These are major shifts in consensus and strong signals that years of negative rhetoric are dissipating. GWPH and it’s cannabis based drug therapies have proven that cannabis based drugs do have therapeutic properties and as they say, “rising tides lift all ships.” I believe we will see the acquisition time horizon for companies like GWPH, ZYNE and CARA begin to escalate into the new year.

Kam: Todd, how has your portfolio performed since the election, and what areas of the Biotech sector will you be betting on under a Trump administration?

I have three main targets in the sector going forward:

Kam: Jason, what are your top three picks in the Marijuana sector?

Spatafora: GWPH because of their cannabis based drug IP, which I believe has a value at around $6 billion. Zyne because it’s basically the synthetic version of GWPH. Also, Emblem Corp, which will go public on December 9th on the TSX-V exchange under symbol EMC.

Since we were talking about zero sum game scenarios it’s important to note that Emblem’s now president & co-founder was the CEO of Purdue Pharma, the company that brought Oxycontin to market as well as 11 other products. This is a Canadian company that will be in my view part cultivator, part drug manufacturer. In which case we are seeing a hybrid of two industries that is quite exciting.

Kam: Todd, what is the one thing folks should know before investing in Marijuana companies at this point?

Hagopian:  Obviously, this sector is starting to gain notice from traditional investors.  However, these stocks are still relatively hard to value, causing them to be quite volatile. ZYNE is still 39% off of its high, even though it has doubled since the summer. CARA has nearly doubled since the summer.  INSY is off it’s 52 week high by almost 65%.  GWPH has nearly tripled since March.

The bottom line is that these companies move pretty violently, and can swing from being value plays one month, to being vastly overpriced the next.  The safest way to play this is to find a mutual fund who overweights this portion of the sector, and understands when to buy and sell these stocks, while filling in the rest of the fund with value-oriented plays within the Biotech industry.

My Take: Biotech stocks are aggressive investments. As we have seen, time and time again, companies can swing 50% in a matter of months on drug trial successes/failures. Aggressive sub-sectors, like Cannabis-based biotechs, or preclinical cancer stocks, are even more volatile than the sector as a whole.

It takes expertise and a lot of time to stay on top of clinical developments. This is why sector funds are a better way to play the biotech field for most investors.

Todd’s approach is to focus a portion of his portfolio on clinical stage biotechs, while balancing his portfolio with extreme value large caps within the industry, thus allowing him to participate in the upward trend without risking it all on a single stock.

There are biotech index funds and ETFs that can give you exposure to this sector at a low cost. However, if you compare Todd’s Biotech fund to the Ishares Nasdaq Biotechnology ETF (IBB), you will find that he has outperformed the ETF for the YTD, 3-year, and 5-year periods after all fees.

Get 10% off your first purchase.

Sign up today and we'll send you a 10% discount code towards your first purchase. Some restrictions apply.